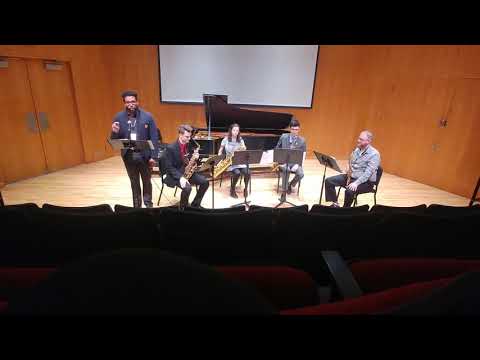 The Life Story of Adolphe Sax ​

Early Years of Accidents and Near Death Events​

Born in Belgium in 1814 into a musical family of instruments.

From a young boy, I was blind to danger and hunted by death. Neighbors called me “Young Sax the ghost!”

Not yet 2, I tumbled down three flights of stairs, cracking my head on a stone floor. But one crack of the head was not enough. A falling roofing stone caused this life-long scar.

​​Ever curious, I poisoned myself 4 separate times on vitriol, white lead, copper oxide and arsenic. Oh!… and swallowed a pin! ​

Badly burned twice by a falling frying pan and a gunpowder explosion that also threw me a good distance. Asphyxiated by fumes by sleeping in a room where varnish was drying. I drowned in a river… near death when pulled out…. by a chance passerby. And my mother pronounced: “The child is doomed to suffer; he won’t live!”

Death stalked me. Death struck! But I survived and even triumphed!

My father, Charles, a master instrument maker. Father taught me the tools of the trade. Tools for metal. Tools for wood. We didn’t just copy what others made. Together, fellow explorers of acoustics.

I trained in voice, flute and clarinet at the Royal Conservatory of Brussels becoming a virtuoso clarinetist. From my teens, onward, my primary passion remained building the very finest of instruments.

I experimented, built, and gave birth to my visions. My bass clarinet remains the standard for your century. Flugelhorns and Euphoniums are of my design. But not just single instruments… Families of instruments! Sax trombas, Sax Horns… And my crown jewel, Saxophones!

Belgium could no longer hold me… Paris was my destiny. At age 28, with financial support from Parisian composers, musicians and military musicians, I rented a rundown building with a leaky roof and built my factory.

There I trained craftsman, made tools and built a performance space for hosting weekly salons attended by the musical elite, Donizetti, Bizet and Berlioz among them. Sax instruments became the talk of Paris!​​​

But I was blind to my competitors’ treachery. Each Paris instrument builder specialized in making one particular instrument, rather than compete with each other. But as in Brussels, my own Paris factory built and sold entire families of brass, woodwinds and even stringed instruments.

Created with higher quality materials, superior craftsmanship and acoustical exactness, mine were preferred by fine musicians and composers.

So the venomous Paris factory-owners united against me to destroy my business through relentless law suites, patent infringements and swindling.
​

Fighting their treachery required more money. Though French military bands bought many Sax instruments, their leaders were divided on continuing to buy others’ instruments or to exclusively buy mine. ​

So I challenged the other instrument-makers to “A battle of the bands!” It was a festive outdoor extravaganza with 20,000 in attendance! My own ensemble was badly outnumbered as 8 of my musicians were bribed to not play.

Unlike the musically mismatched competitor’s band, my families of instruments blended and played in tune. Their power, elegance and sonorous sound won over the military judges and the vast cheering crowd! The exclusive French military bands’ contract was mine!​

As French military bands performed throughout France, Europe and America, the fame of my instruments grew. Composers wrote works for Sax instruments. I also composed for saxophone, wrote a saxophone manual and later served as the Paris Conservatory’s 1st Professor of Saxophone.
​​

But persecution by enemy manufacturers was unrelenting. Frivolous lawsuits and patent infringements drove me 3 times into bankruptcy. But nothing compared to their assassination attempt.

I returned to the factory late at night to find my trusted coworker near the front door, dead, lying in a pool of blood, having been stabbed in the heart only minutes before I arrived. The murderer escaped and was never identified. The investigators found that my coworker had no enemies. But he was about the same age and build as me. The knife that killed him was intended for my heart.​

Late Years of the Life of Adolphe Sax​

Surviving lip cancer, I lived to age 80 and live on through my instruments, which flourish in orchestras, military, community, school bands and chamber ensembles.

My saxophones have become the most versatile, powerful and popular of wind instruments! My advice to you? Let your own uniqueness shine! Persevere! Contribute your very best!

From a young boy, I was blind to danger and hunted by death. Neighbors called me “Young Sax the ghost!”

Death stalked me. Death struck! But I survived and even triumphed!

In 2018, I completed a new work based on the life of the inventor of the saxophone, Adolphe Sax. The narrator of the piece tells Sax’s story in the first person as if Adolphe Sax himself returned from the afterlife and told us his life story.

Sax Transcends for Saxophone Quartet & Narrator was premiered at the North American Saxophone Alliance’s Region 3 Conference by The University of Minnesota Saxophone Quartet March 16th, 2019.  It was heard in the University of Minnesota music recital hall by an audience of saxophone enthusiasts from North Dakota, South Dakota, Nebraska, Minnesota & Iowa. Many were students, music professors, professional and educator saxophonists. ​

The University of Minnesota Saxophone Quartet

Adolphe Sax invented saxophones as well as the modern bass clarinet and a family of brass instruments called “Saxhorns,” which are now known as “Flugelhorns.”

What follows are the highlights of his life based on my research and source material from the book: Adolphe Sax, 1814-1894: His life and legacy by Wally Horwood.

These are the words used in my work, Sax Transcends for Saxophone Quartet & Narrator. Please listen to the YouTube Video as you read the words. Note: the words in bold italic are spoken with the music and the rest of the words between the music.